Talk to us
Menu Close 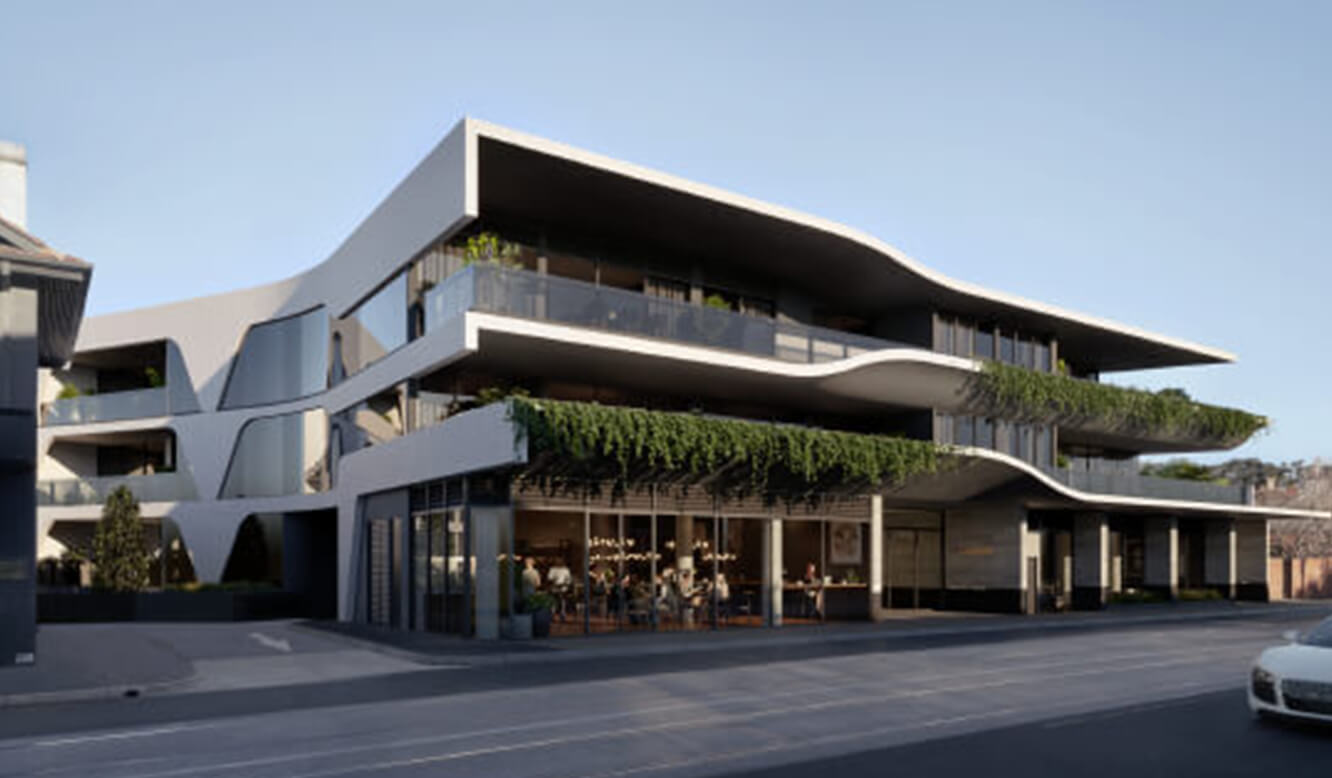 Listening in with Ian Briggs of Plus Architecture

Sketching Melbourne’s skyline is a far cry from the expansive greenery of rural Tasmania where he grew up. But with a career in design spanning more than 20 years, Director of Plus Architecture, Ian Briggs has partnered with the best in built form.

This month we sat down with Ian to learn more about his long-standing collaboration with Lechte.

What made you move from Tasmania to Melbourne?

I had just finished my architecture degree at the University of Tasmania and wanted to start my career by learning from the best.

I arrived here in 2001 and was employed by Plus Architects straight away. I got to learn from the greats like Karl Fender, Nonda Katsalidis, Alfred de Bruyne and Charles Justin. It was incredible. The sheer pace of Melbourne compared to Tasmania. The excitement of feeling like anything was possible, if you only had enough time to draw it!

And honestly, I still feel that way. It’s still that exciting.

Lechte and Plus have collaborated on multiple developments over the years, from Element in Elsternwick to Campus in Clayton. What has it been like to be so intimately involved in the unfolding of the Lechte story?

Element and Campus feel like they have been part of a more expansive picture, reaching its richest expression with Eminence in Carlton, and soon Luminary Hawthorn.

Typically, a building represents everyone having to make a compromise somewhere along the way. Eminence however feels like everybody from the builder to the developer, architects and purchasers achieved a perfect, uncompromised end result. That’s the true unfolding of Lechte’s story, the continual progression towards uncompromising development.

Tell me more about Luminary Hawthorn as the "richest expression," of the Lechte vision?

Luminary has a seductive level of beauty to it. It’s a bit like a ballet dancer; it’s taken an awful lot of work to make it look effortless.

We drew that sweeping line of the roof on the paper and everyone just said, "that’s gorgeous." Everything that follows then flows from that initial sketch, right down to the fixtures and the lighting, every aspect should speak to those first few lines.

No one would perform a feat like Luminary if they didn’t think it was going to achieve an incredible result. Luminary is simplicity defined, and when a design is that simple there’s nowhere to hide your mistakes, so you can’t make any!

How long does the design process from start to sign off take?

It can be as quick as two weeks for a concept, but the hardest part is to keep it simple.

At Plus, we spend a lot of time listening to the site’s and client’s needs. We think about the soul and personality of the building because we know that when we craft a narrative behind the build, people get it.

They understand the value of their brand and how good design can add to it as much as any bottom line success. For Peter, Jen and Chris, it’s not just about profit. It’s about enjoying the process and having meaningful relationships with the people you’re working with. It’s knowing the people who will call the project "home," will benefit from living in a thoughtful, refined space.

Lechte keep you honest. They question your design motivation, and when they see that motivation is truly inspired – they follow it through to completion.

Your personal data is important to us.

The purpose of this document (“Privacy Policy”) is to inform you of how we managed your personal data which is subject to the Australian Privacy Act and other applicable data protection laws where applicable. Please take a moment to read this Personal Data Policy so that you know and understand the purposes for which we collect, use and disclose your personal data.

By interacting with us, accessing our websites, submitting information to us (whether through our websites or otherwise), or signing up for any products or services offered by us, you consent to Lechte (including its related corporations and business units) (collectively, the "Group"), as well as our respective agents (collectively referred to herein as, "us", "we" or "our") collecting, using, disclosing and sharing amongst ourselves your Personal Data, and disclosing such Personal Data to the Group’s authorised service providers and relevant third parties in the manner set forth in this Personal Data Policy.

Lechte may from time to time update this Policy to ensure that this Policy is consistent with our future developments, industry trends and/or any changes in legal or regulatory requirements. Subject to your rights at law, you agree to be bound by the prevailing terms of the Policy as updated from time to time on our website. Please check back regularly for updated information on the handling of your Personal Data.